The world was a harsher place 100 years ago. The poor were forced to beg for food, work, clothes....hands out were few and far between.

Sure, the Salvation Army was prominent in South Australia in giving to those in need, but sometimes, even they were unwilling to help the less well off.

It was a harsh world, young ladies could be institutionalised for having baby's out of wedlock, being out past curfew, fraternising with boys....or having their husband die or divorce them.
It didn't take much to be sent to one of the Destitute Asylums of the era, but often it was hard to get back out of the Asylum. Many people lost their lives inside them from medical conditions through to suicide and murders. Adelaide's Asylums saw some heinous crimes in their time.

A story printed in The Advertiser on Saturday the 26th of January 1895 (page 6) tells the story of how one Bessie Parker made her way into the Asylum.
This young lady, who lived just outside Gawler had fallen in love with George Mallyon, a local Gawler lad.
19-year-old Bessie and her new friend George had a bit of fun together, and young Bessie became pregnant. It would seem Bessie kept quiet about her pregnancy as long as she possibly could, withholding the information from her parents.
Nearing the time of the child's birth, Bessie could no longer hide her baby belly from her parents, and in a fit of rage, she was kicked out of the family home.

Heavily pregnant Bessie was now camping next to the Gawler river, exposed to the elements, her lover, George, was still around, and when the baby decided it was time to come into the world, it was George who assisted. No women were called, no doctors, just Bessie and George on the side of the GawlerRiverr.
George unfortunately was not a midwife, nor doctor, and the baby was born, but soon died (It is reported in the coroners report that the most likely reason for death was the head of the child hitting the ground forcibly as it was born) 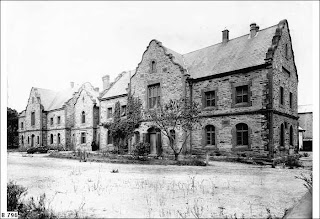 George, ran to his house nearby to grab horses and a trap - when he returned Bessie had wrapped the body of her child in linen.
George loaded mother and child and drove them into Adelaide to the Destitute Asylum. It was here that George soon learnt that it was a crime not to report the birth to the Gawler police, and not to report the death to the local coroner - an inquest was soon launched.

Bessie on the other hand, was taken inside quickly and treated for the trauma to her body after given birth. When the inquest was launched proper (a good five days later) Bessie was considered not to be within a mental capacity to answer questioning from the coroner.

The end result of the Coroners verdict: "The child had died through want of proper attention - no blame can be attached to anyone".

Someone out there knows what happened in late 1991 to 27-year-old Mother, Yasmin Sinodinsos, but so far no-one has come forward with information. A murderer, or murderers, have walked free in our community since her body was found on a fire track at Ansty Hill on December 18th 1991. 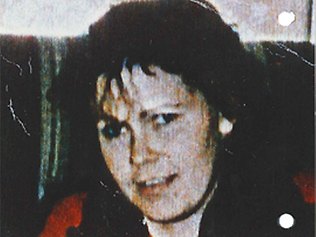 Yasmin was last seen on December 16th, 1991, when she left a friends house very early in the morning. She left in a white sedan, from her friends Gilles-plains house, and was not seen alive again by her friends and family.

A day earlier she had been seen at the Holden Hill Police Station at about 2pm and was picked up by a person driving a silver sedan, it is still not known whom this person is.

On the 18th of December, Yasmin's battered body was found at Ansty's hill. She had been severely beaten to death with a blunt object, washed, redressed and dumped in the recreation park. The police report Yasmin died of “severe head trauma”

This year, a twist occurred in the cold case, with an Adelaide Court charging Tim Pasanen with the murder after a DNA match was found linking him to the 1991 murder.

© 2013 Allen Tiller
www.eidolonparanormal.com.au
Posted by Allen Tiller at 19:30 No comments:

Ghosts of Kapunda - Duan Foik and the House of Ill-repute

Duan Foik and the House of Ill-repute

Kapunda 1882, a convicted thief, Mr Duan Foik, upon release from Adelaide Gaol, made his way to Kapunda on the last train from Adelaide.

The year before in November he had been sentenced to a prison term for assault and had served his time of two months, it would seem the entire time, plotting his revenge.
Upon his arrival in Kapunda, Mr Foik sought out a local house in “Pug-town”, a house known locally as one of “ill-repute” run by a Mrs Floyd.

The local constable, Mr McNamara, upon hearing of Mr Foik's return also went to Mrs Floyds, to arrest Mr Foik on a charge of theft, for stealing a watch on his way back from Adelaide. He arrested Mr Foik and shackled him in “twitches”, and began the walk back to the local police station, but somehow, Mr Foik, slipped free of the restraints and ran off into the night.
Constable McNamara pursued him, but another serious case in the main street of Kapunda, detained the constable for some time, as he was obliged to return to the police station, where he asked Lance-corporal Grant to accompany him to Pug town, as they neared the crossing, The two police officers heard scream of “Murder!” ring through the night air

When they got to Mrs Floyds, they saw the lady of the house lying on the ground, and Mr Foik lying on top of her. One of the girls of the house ran out and pulled Mr Foik from Mrs Floyd. The two officers quickly descended upon the man, only to find his throat cut, they called for someone to get a Doctor immediately.
Mrs Floyd, who was writhing in pain and nearing unconsciousness was found to have approximately 20 stab wounds all over her body, and she bled profusely.
Doctors Hamilton and Pentland arrived on the scene at 3am, they sent Foik, who's throat wound had partially severed his windpipe to the local hospital but felt Mrs Floyd could not at this stage be moved due to the seriousness of her wounds. The two doctors worked on her into the night, and when they felt she could be moved, she too was taken to the local hospital.
The police began their investigation immediately and soon put together a picture of what they thought had happened.

Mr Foik was already known to Mrs Floyd, it was, in fact, her son-in-law Mr Cocking, that Duan Foik had assaulted the year before, and been sentenced and gaoled for.

It was presumed that at some time between 1am and 2am, Mr Foik made his way into the house, and into Mrs Floyd's bedroom, where, with a simple pocket knife he kept upon his person, he began to stab her. The sheets were torn and there were pools of blood upon them and the bed.
It is thought, Mrs Floyd, fearing for her life, ran from the bedroom into the front yard screaming “Murder”, which in turn alerted the police officers to the situation. Before the police arrived, Mr Foik had come running out of the house and began stabbing Mary Anne Floyd again, numerous times, falling upon her, and thinking he had killed, cut his own throat hoping to die and not have to face court for his crime

Foik remained at the hospital under police guard, and on at least one occasion tried again to kill himself, eventually, he was remanded in Adelaide, and returned to Kapunda only for court hearings.
Mrs Mary Ann Floyd eventually recovered from her wounds, although for a long while it was touch and go.

Posted by Allen Tiller at 19:00 No comments:

In 1876, Kapunda was a bustling town, full of miners, pubs, and settlers from across the world looking to earn a living or get rich. It was soon to be the town that saved the South Australian colony from disaster with its rich copper load, and then to become a town of horse and cattle sales...and in this day and age, it has earned the very misleading title of “Most Haunted Town in Australia”.

In 1876 the Kapunda Herald reported a story titled; “ Haunted Houses and Ghost Stories” on July 21st.
A malicious ghost had been seen around the town, scaring women and children down by the local dam, (which is now Davidson Reserve, known locally as “The Duck Pond”).

The ghost appears to be a figure shrouded in white, some say he is Mr Richards, a man who drowned many years before whilst swimming in the dam.

Mrs W. Tuckfield witnessed the ghost for herself on a Saturday evening. She was coming into the main street of town, near the mill offices, and the ghost rose up out of the newly built culvert, crossed the road in a rush and disappeared into the plantation.

This sighting caused a great shock for Mrs Tuckfield. Mrs Tuckfields encounter was retold locally numerous times. Over the weeks that followed, many more women and children experienced the ghost near the town dam. This led to a reputation that the town was haunted, and attracted many curious visitors wanting to see the alleged ghost.

The Police, worried about the effect the ghost was having on the locals staked out the neighbourhood for a couple of nights, watching and waiting patiently for the reappearance of the ghost, but it seems ghosts do not manifest for the local boys in blue, as the ghost has been seen nor heard since...


practical joke, or a real ghost? No-one at the time was sure...