A horrific case of mob mentality led to a brutal torture-murder of an 18 year old girl in Adelaide. The strength of the attack, not only viscous and merciless, shocked South Australia’s public, even more so when it was revealed that some of the attackers, were younger than their victim.
It was December 1996 when a gang of six held down Tracy Muzyk. 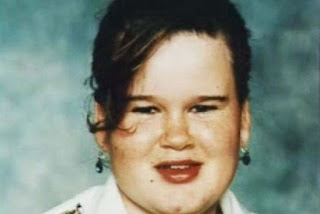 And another 17 year old teenager, whose identity was supressed.
The group of killers claimed that Ms Muzyk owed $70 to Amanda Pemberton, a teenager Ms Muzyk had recently befriended. They began to beat and humiliate Ms Muzyk, holding her down, they put out cigarettes on her skin. They strangled her to near death, then beat her again, the sprayed her face with mace.
Ms Muzyk was then forced to shower in scalding water before having her hair cut off.
Next she was forced to walk out to a tree in a paddock, where she was tied to the tree and beaten severely again, before being strangled, then beaten with a large steal pole and bashed with a rock.
Ms Muzyk’s badly beaten body would sit in the paddock near Westlakes High School, tied to the tree and covered with lawn clippings for another 4 days before being found by passers-by.

Detectives working on the case didn’t take long to piece together what had happened and track down the aforementioned killers.
They were eventually rounded up and put to trial, but, being 1996, their sentences seem a little light compared to notorious teenage killers today – the sentences given by Justice Kevin Duggan of the Adelaide Supreme Court were as follows:

Another offender was given a 15 month suspended sentence for her part in the attack.
In 2000 an appeal lead to Tara Kehoe's non-parole period being reduced to 15 1/2 years and Pemberton's minimum term to 14 years, causing outrage in the general public and from the family of Ms Muzyk