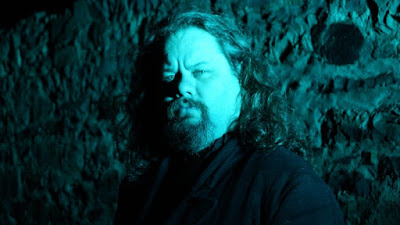 The Haunts of Adelaide and the “Haunted Adelaide” blog celebrates 4 years this week on the 22nd of October 2016.

Every week I have presented a historical story, fact, ghost story, murder story or mystery from South Australia. The blog has seen dramatic rises in reader rates over the past couple of years, particularly stories about the towns of Gawler and Kapunda.

In the past four years I have been approached and interviewed by various media outlets in Adelaide looking for information on murders, hauntings and other notable “dark history” content, most recently it was The Advertiser, who approached me for comment about ghosts in Rundle Mall for their “40-year anniversary special”. It is always a privilege to be able to share my research with such respected journalists and a wider audience. 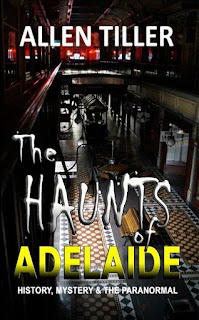 Two years ago I published my first book, The Haunts of Adelaide: History Mystery and the Paranormal, which can now be found in libraries across Australia, but also still available online or from Dymocks in Rundle Mall.

Earlier this year, I spent four months working with the Adelaide City Council researching and investigating the history of ghosts and hauntings in the Council catchment, this project was incredibly popular, and a world first Government engagement of its kind!
I would very much like to thank all the wonderful people who came in to share stories, City Library and North Adelaide Library,
My research work from that particular project can be found on the Adelaide City Council Libraries History Hub collections under the “Allen Tiller Collection” – there is more to come soon! 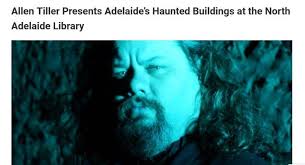 This particular project led to, what has been my highlight of the year so far, being nominated for the “Emerging Historian of the Year” category in the annual History Council of South Australia’s history awards, a big thank you to Katherine Shaw for nominating myself and the Haunted Buildings in Adelaide Project”.
The Haunted Buildings in Adelaide project has led to a new project, this time for the Port Adelaide Enfield Council, researching number of their haunted buildings for a special Halloween release! 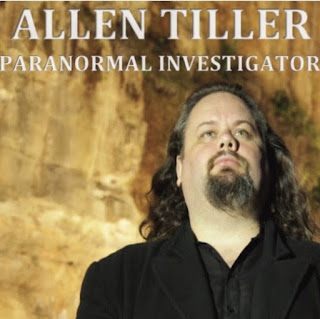 In the mean time I am working on a number of other project behind the scenes, including a follow up book to the Haunts of Adelaide, this one is taking much longer than anticipated as new research avenues have opened up to me, and through them, I am able to provide a much more concise view of the history surrounding hauntings in some of South Australia’s most notorious hauntings...this book will also feature a number of “True Stories” never before heard by the South Australian public.
If you liked my first book, I am sure you’ll enjoy this one much much more!

It has been an enormous year for Haunted Adelaide, and The Haunts of Adelaide, hopefully I can keep the momentum going and write more interesting and entertaining blogs for you all to read and explore the alternative history of South Australia, until next time…
Happy Hauntings :)

The Haunting of the Lyndoch Hotel

For a short while, many years ago, I lived in the town of Lyndoch in the Barossa Valley. I discovered a few local ghost stories by chatting with the locals the most common story amongst the people I spoke to was to do with the “projectionist ghost” of the Lyndoch Hotel.

The Lyndoch Hotel is located on Gilbert Street, at the intersection with Barossa Valley Way and Lyndoch Valley Road.
The hotel was originally opened in 1869 as the “Farmers Rest Hotel, until it was later known as the “Travelers Rest Hotel” until it was renamed in 1937 with its present moniker.
The original building was gutted by a fire with the building we see today constructed later that year.


It is believed that the former lessee of the Lyndoch Cinema, Mr J.A. Morcom, who played movies in the local hall for many years, is of the resident spirits of the hotel. Mr Morcom passed away in the hotel. It was a regular occurrence for him to spend the night in the hotel after a movie night.

EDIT: I was informed during the Barossa History Fair (2019) that this part of the story is actually wrong:
"On the 14th of February 1959, Mr Morcom passed away after taking his own life in his regular room, room 8. He had grown very sad and disheartened after the death of his wife, and in the end, his sadness overcame him.
He left a suicide note and a photo of his wife, his note read “Sorry, there’ll be no movies next Saturday”.
The true story is;
Mr Morcom had never married and died from a heart attack.
This incorrect part of the story came from the book "True Barossa Ghosts" and is repeated verbatim on the Lyndoch Hotel website. My apologies to Mr Morcom's family and friends for publishing information that has proven to be incorrect. Perhaps, with the truth now exposed, Mr Morcom's spirit might find some peace.

Mr Morcom's alleged ghost:
A man staying in room 8 witnessed Mr Morcom in his room, and ever since patrons and publicans have encountered his spirit in the hotel, with visual sightings of him a regular occasion.

He is described as looking like a “middle-aged man, rather thin, and dressed in a grey shirt and slacks”.
Bedroom 8 was removed in a renovation of the hotel, but Mr Morcom is still seen where he once stayed every Saturday. Where once he was seen in room 8, he is now seen standing behind a bar.


Mr Morcom’s story was not the only one I heard about the hotel in my time in the town.
Another ghost is thought to be a local who spent many years drinking at the bar. Like most barfly’s, he had a seat that was his favourite. After his death, I am told it was a regular occurrence for his barstool to move of its own accord, and a few seconds later for the male toilet door to open of its own accord as if someone was entering the loo!

Was this ghost drinking, and following his old toilet ritual as he did when he was alive, is it just pure coincidence, or is there a natural explanation?


Have you experienced the “Projectionist Ghost” at the Lyndoch Hotel? I would love to hear your story!

Bibliography
“A Brief History of the Hotels of Lyndoch 1847 – 1937” by Anne Hausler, 1991,  is kindly authorised by The Lyndoch & District Historical Society. 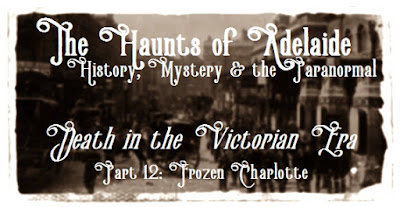 “He took her hand in his — O, God!
’Twas cold and hard as stone;
He tore the mantle from her face,
Cold stars upon it shone.
Then quickly to the glowing hall,
Her lifeless form he bore;
Fair Charlotte’s eyes were closed in death,

Her voice was heard no more.”

Frozen Charlotte (and later Frozen Charlie) was doll first made around the 1850s in Germany that became wildly popular in the USA. Its original intent was to be a child’s bath toy, the doll, made from a single piece of unglazed porcelain, with no moving limbs, and sometimes painted on facial features and hair was usually totally white. There were some variations, with a few dolls having an unglazed stoneware back, enabling the doll to float on its back in the bathtub. 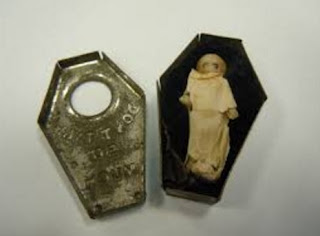 Smaller versions of the doll were often hidden inside Christmas Puddings (can you imagine biting down on one!?), or worn as charms. They could also be made in bisque and come in white, pink or (rarely) black, and are extremely collectable.
They became even more popular after a poem titles “Young Charlotte”, written by Seba Smith in 1840, became popular. The poem recounted the true story of a young girl who had frozen to death on New years Night whilst riding in her sweetheart's open sleigh. She had failed to take her Mothers Advice to rug up, and paid the ultimate price.

“O, daughter dear,” her mother cried,
“This blanket ’round you fold;
It is a dreadful night tonight,
You’ll catch your death of cold.”

“O, nay! O, nay!” young Charlotte cried,
And she laughed like a gypsy queen;
“To ride in blankets muffled up,
I never would be seen.”

The popularity only grew further when Smiths poem inspired folk the song, “Fair Charlotte” (see the top of the page). 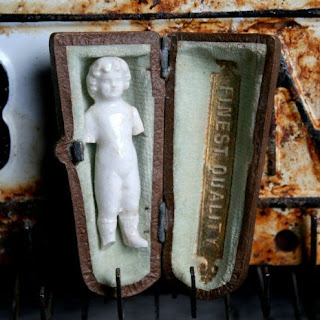 Later Frozen Charlie would appear to appease the need for boys to have a similar doll. Some of the dolls would come in small coffin shaped packages and these particular Victorian Era dolls are worth a pretty penny today, which is an interesting comparison, considering, back in the day, they were often referred to as “Penny Dolls”, as that is what they cost to buy!
Next Week: Death in the Victorian Era part 13: Victorian Funeral Keepsakes
Posted by Allen Tiller at 19:00 No comments: