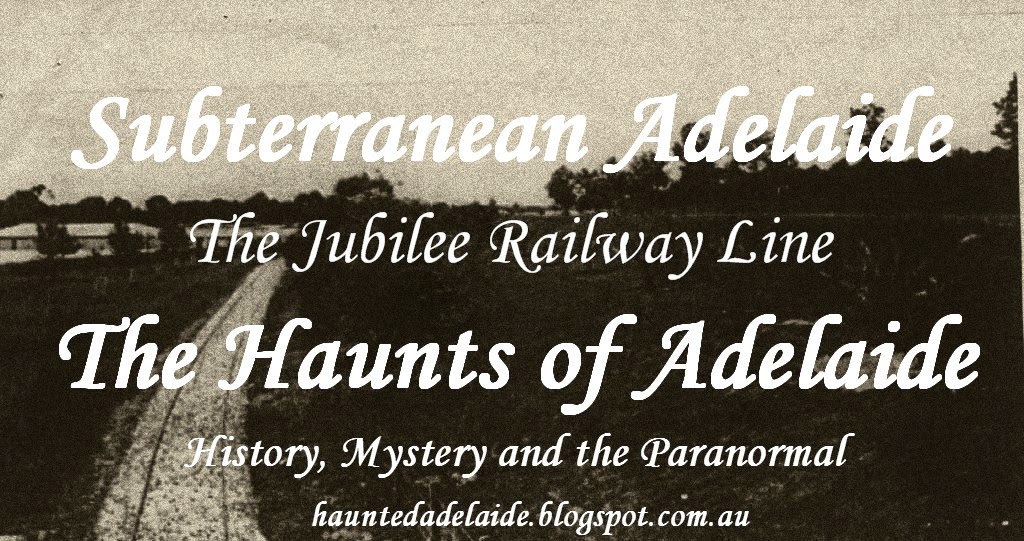 One of Adelaide's forgotten railways existed purely to service the Jubilee Exhibition that was to be located on the corners of North Terrace and Frome Road in the Adelaide.
The line travelled along the River Torrens from the Adelaide Railway Station, across where the Festival Theatre now stands, under King William Street on a diagonal line. It then travelled beside the Torrens Parade grounds, and around to the festival grounds, where the Jubilee was to be held, into an area that is now part of the Adelaide University. 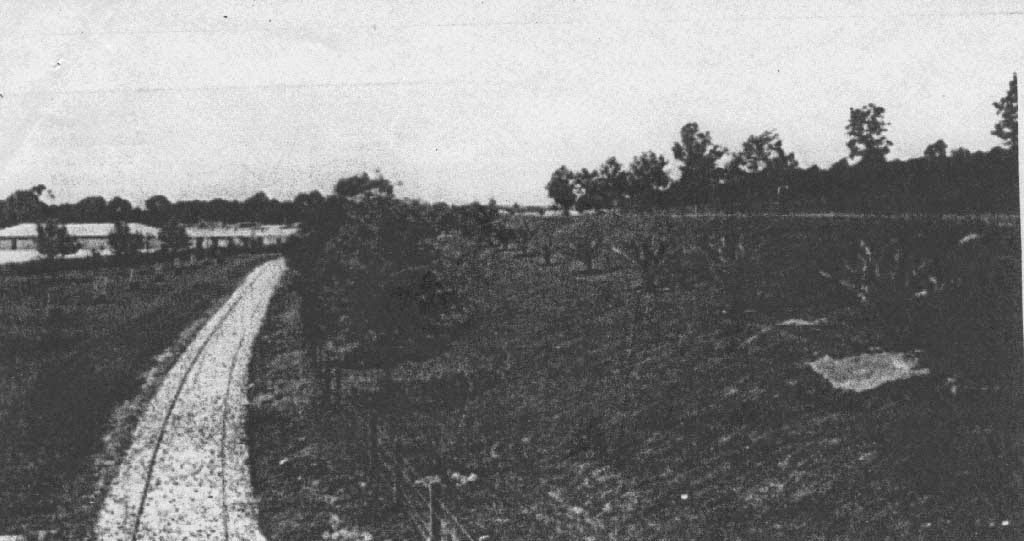 The Jubilee Line was built for the sole purpose of getting heavy machinery and exhibits through to the Exhibition and opened in 1886. It was then used for another 40 years for moving heavy objects into the pavilion of the exhibition and University buildings.
Between 1899 and 1902 it was used to transport soldiers from the Torrens Parade grounds to Adelaide Station in preparation for them to catch trains from Adelaide Station to Port Adelaide and various other ports before setting sail to South Africa to face the perils of the Boer War.
The line was also used to take patients during the Spanish Influenza Epidemic of 1919 from Adelaide Station to a temporary quarantine station made of tents in the oval of the old Jubilee Exhibition grounds.
The showgrounds were moved in 1924 to their current position at Wayville, and the lines were considered redundant, so they were removed in 1927 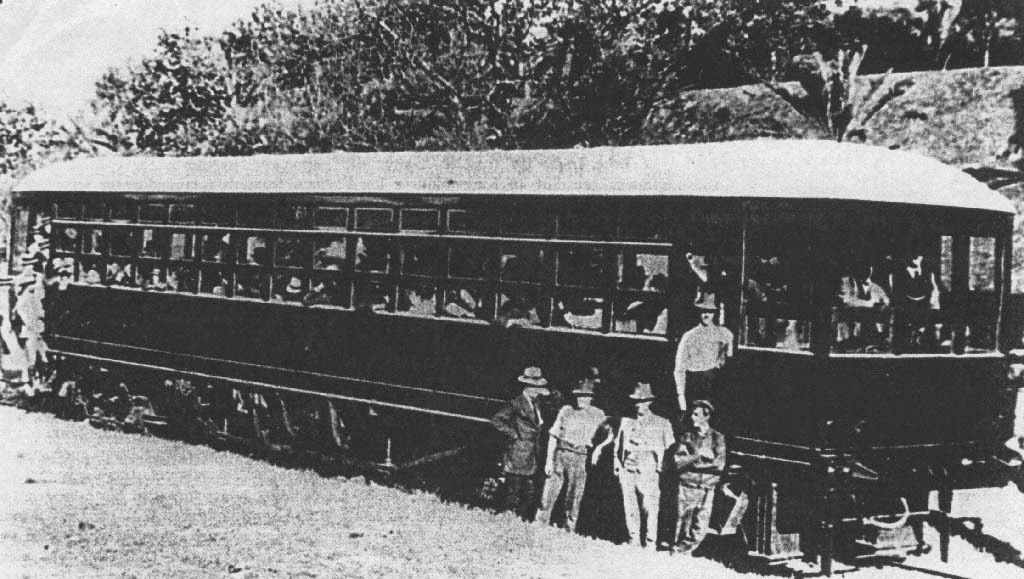 The tunnel is still intact in one section underneath King William Street but was blocked on both sides in around 1928. Since then the road above has been widened multiple times, but underneath, there probably still lies some train tracks and a very short tunnel, the only remaining remnants of the Jubilee Railway line other than a flat parcel of land between the Torrens Parade ground and northern boundary fence of the Government House Estate. 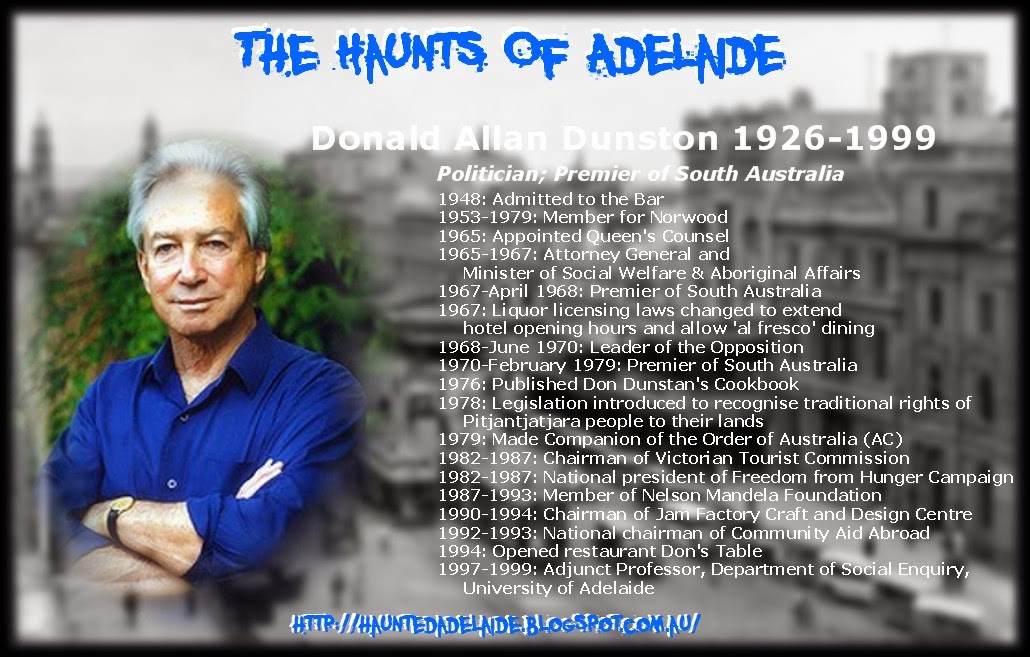 Donald Dunstan was an important figure in South Australian politics, a man some thought was ahead of his time (if you were a supporter).
Dunstan was born in Fiji moving to Murray Bridge at the age of seven. He went on to complete his education at St Peters College, and then Adelaide University. Dunstan graduated with a Bachelor of Law in 1948. 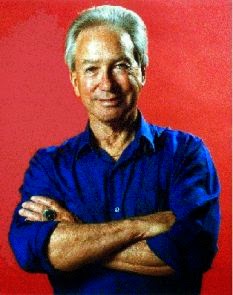 While studying at Adelaide University, Dunstan met his first wife, Gretal, who was from a Jewish family who had escaped Nazi-occupied Germany for a new life in Australia.
After a brief stint living in Fiji together the couple moved back to Norwood in 1951, now with their first child Bronwen, and soon to follow, two sons, Andrew and Paul.
In 1953 Dunstan entered the world of South Australian politics becoming an elected Member for Norwood, this would eventually lead to his placement in 1965 as the Attorney-General, Minister of Aboriginal Affairs and Minister of Social Welfare.
In 1967, the then current South Australian Premier, Frank Walsh retired, and Donald Dunstan was elected the leader of the party, and therefore, the new Premier and Treasurer of South Australia.
Dunstan lost the next State election, and the Liberals regained the power of the State, which only lasted until the next election when Dunstan was elected by the people. He then went on to serve for another ten years, only standing down due to ill health in 1979

Dunstan was always a controversial figure in South Australian politics, but also a forward thinker. Under Donald Dunstan, legislation was changed that introduced anti-discrimination laws to protect the rights of women, indigenous people and homosexuals. Dunstan was also an avid supporter of the Arts, establishing the Adelaide Festival Centre, The South Australian Film Commission and expanding upon the Adelaide Festival of Arts.
If it was for Donald Dunstan, all South Australians would still be kicked out of the pub at 6pm – It was Dunstan who changed the Liquor Licensing laws, and allowed pubs to serve alcohol until 10pm! 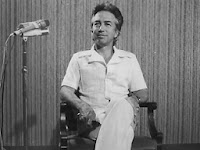 Dunstan was also the man responsible for legalising homosexuality in South Australia.
Dunstan also began the process of handing the Pitjantjatjara lands back to its native owners.

In 1972 Donald Dunstan caused a media sensation across Australia when he 'donned' a pair of tight pink flannelette shorts and wore them into parliament, his advisers and personal assistants did all they could to keep the media at bay, and stop them taking photographs, but Dunstan snuck out a back door and welcomed the media to take photos, which would eventually lead to him being seen across Australia and a whirlwind of political controversy and opinion that soon followed. By all accounts, Donald Dunstan relished every minute of the attention. 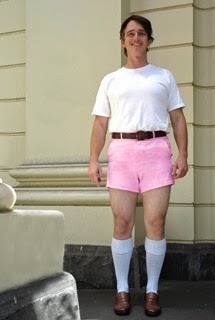 It's time for Robb Demarest, Gaurav Tiwari, Rayleen Kable and myself to start a Paranormal Investigation tour of New South Wales, South Australia, Victoria and Queensland!
We have some great locations lined up and are looking forward to meeting HA fans everywhere we go - We also have a few "Meet & Greet" locations where you can come along and buy a signed copy of the DVD or other merchandise...look for more detials , ticket prices and where we will be in your State via
www.haunting-tour.info 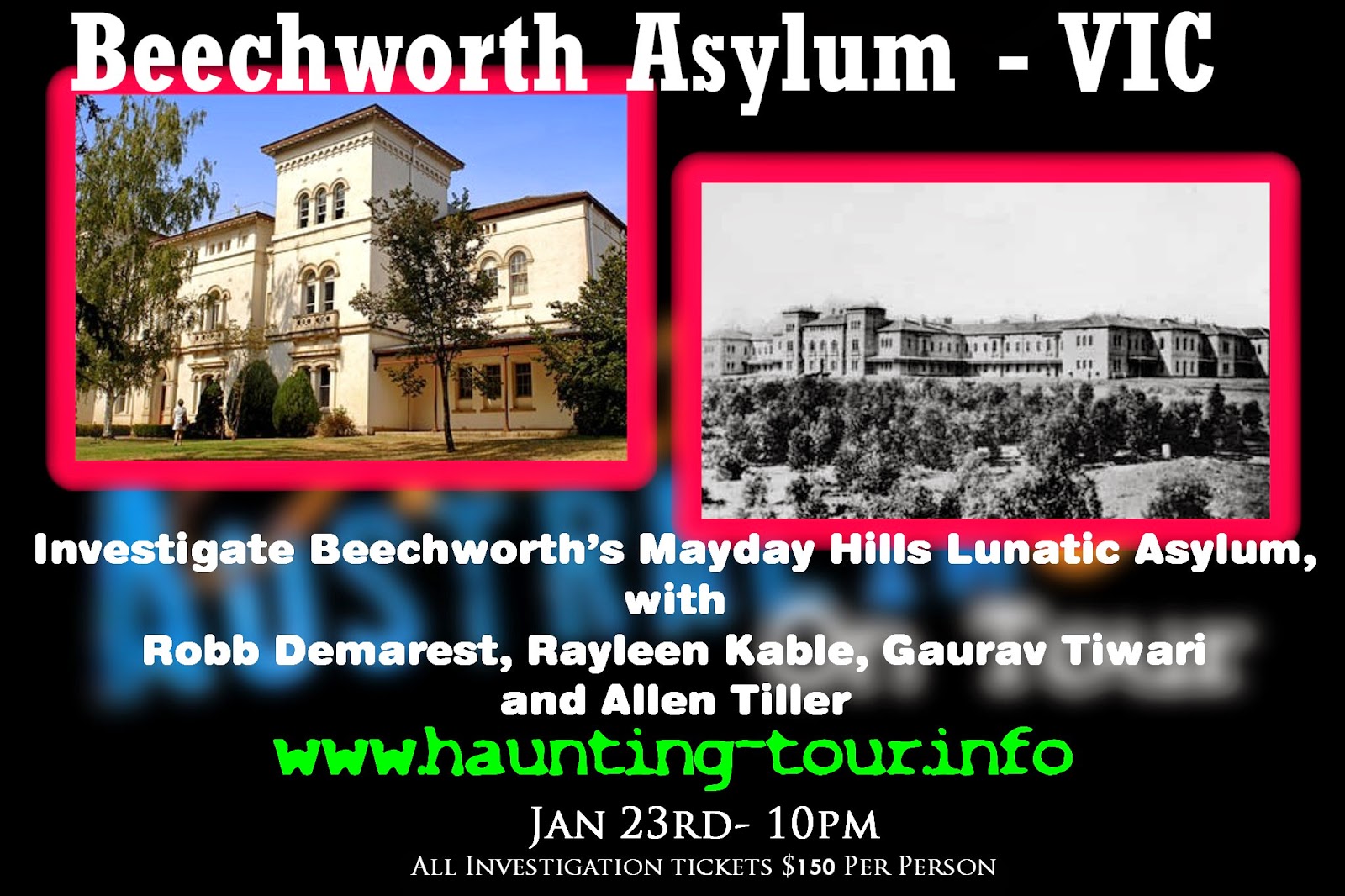 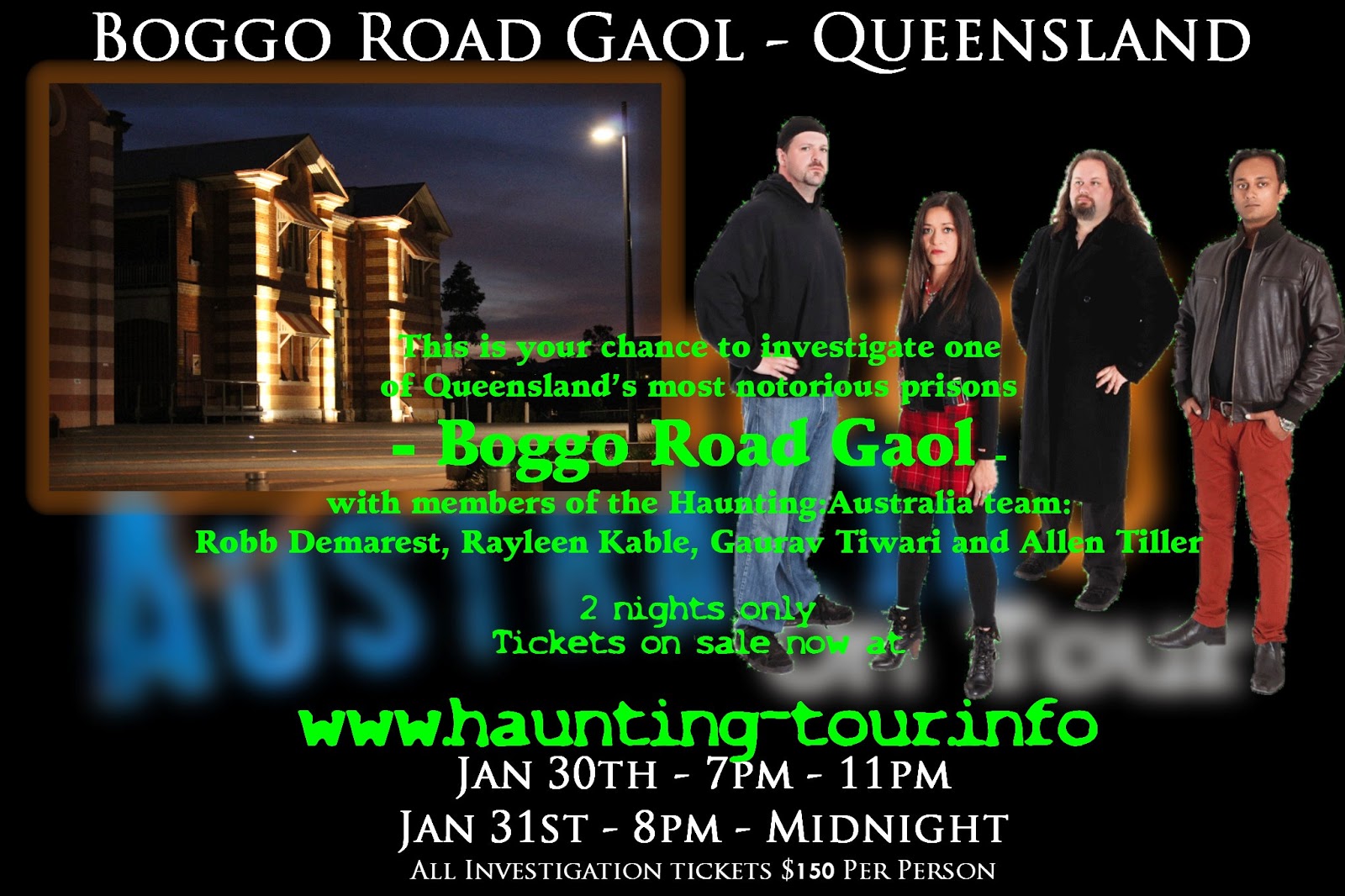 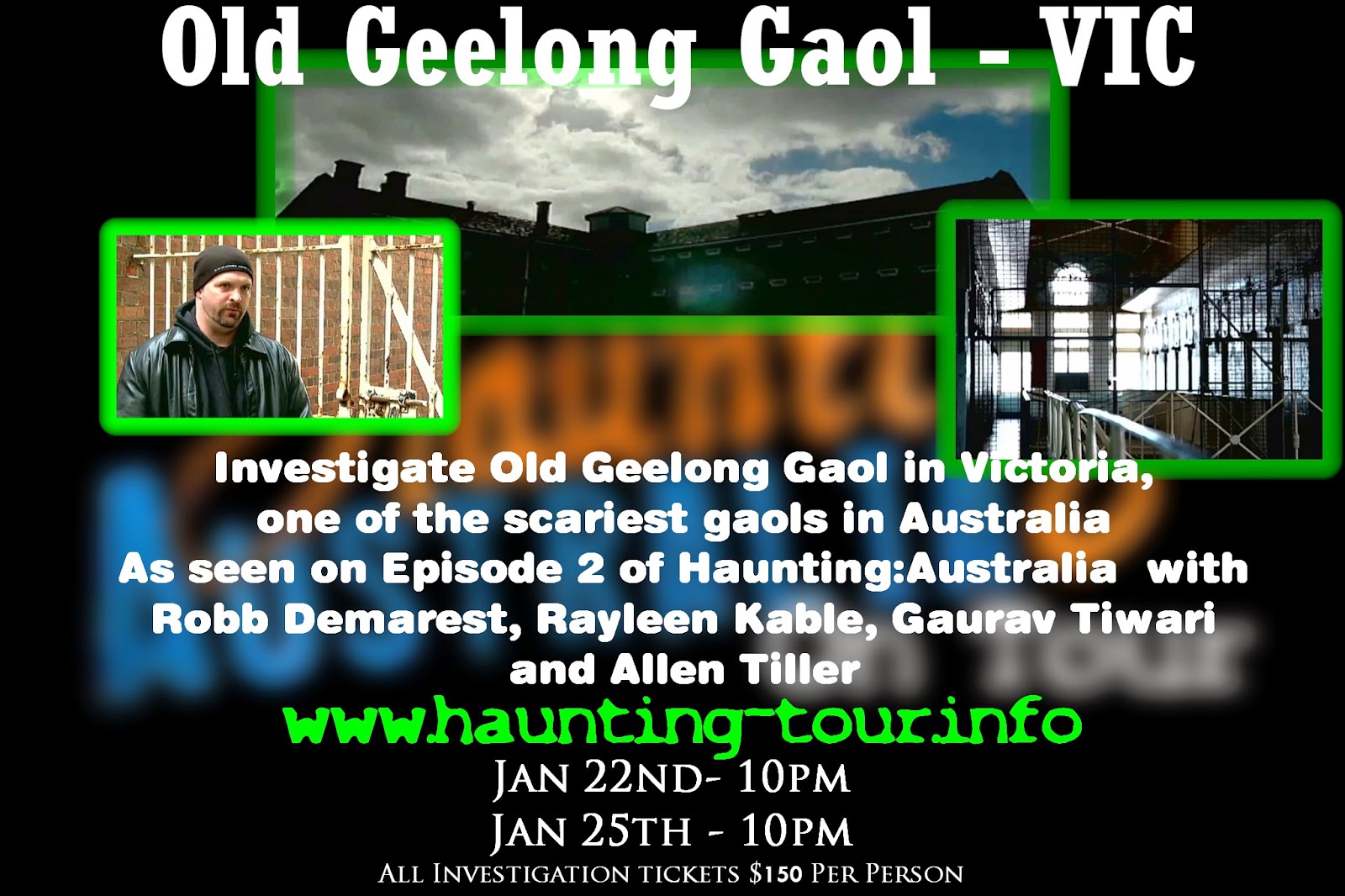 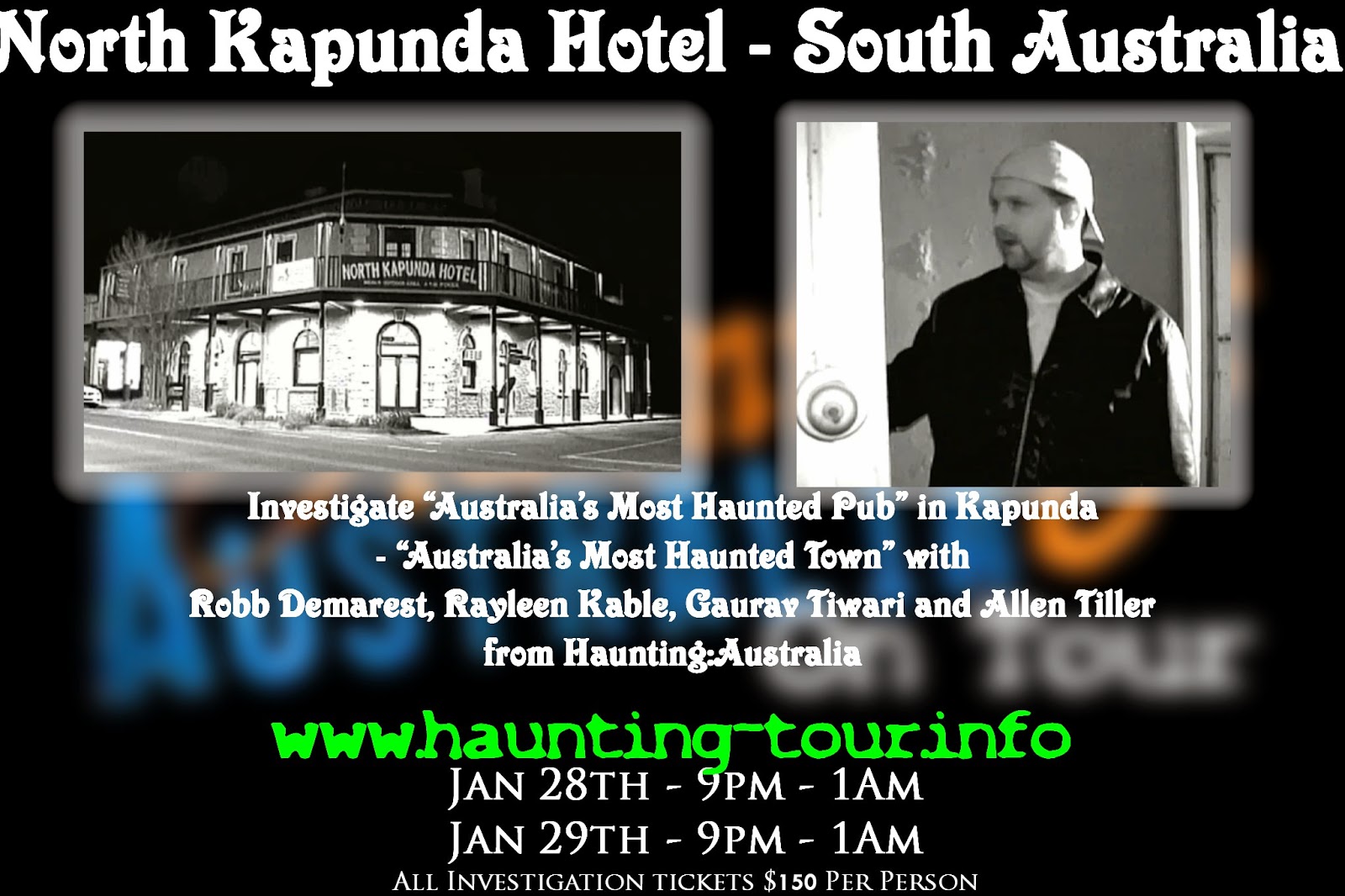 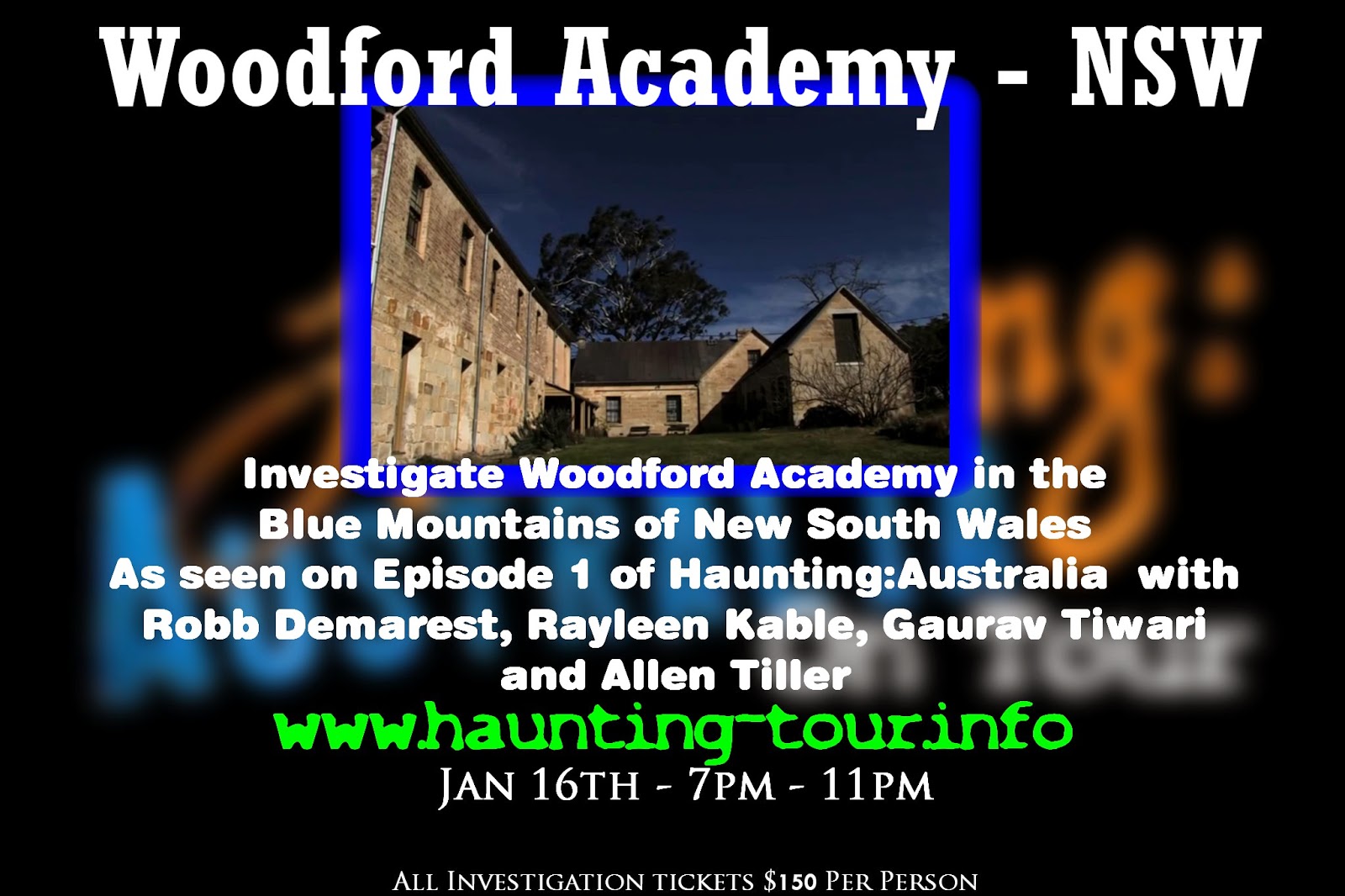 Posted by Allen Tiller at 19:00 No comments:

Welcome to 2015! THOA fans
This year the Haunts of Adelaide blog is still going strong, even with the first book in the new series being published, I still have a ton of stories to share with you, be they, paranormal, mystery, murder, crime, UFO, conspiracy or highlighting South Australia's amazing architecture and people, there will be something to interest most on this blog in 2015.
In the meantime, my first book: "The Haunts of Adelaide - History, Mystery and the Paranormal" is selling really well around the world, Work on the 2nd and 3rd books in the series is already well underway, both featuring exclusive stories never before published here on the blog, and some never before published anywhere!
Thanks for sticking with the blog and taking an interest in my work, I hope 2015 offers you a fantastic year, and some, if not all, of your dreams, come true
- Allen Tiller

The Haunts of Adelaide – History, Mystery & the Paranormal 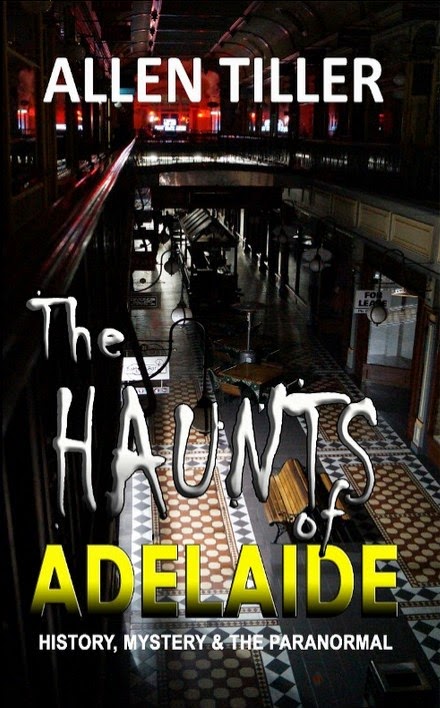 Published by CUSTOM BOOK Publications It has always been Allen Tiller’s aim to provide a factual insight into haunted locations in Adelaide, and indeed, the rest of Australia. He lifts the veil on ghost stories and reveals the truth behind the myths and tales that so often become urban legend and local folklore. His mission is to research the historical facts of locations, people, places and buildings - from a distinctly paranormal perspective. The Haunts of Adelaide was born…
With previously unpublished stories.
Exclusive Haunting: Australia references

Avid paranormal enthusiasts may note that this book misses some allegedly haunted locations in Adelaide, such as The Light Hotel and Old Adelaide Gaol, this was done with the intention of keeping the cost of book down and also allowing the main location in this book “The Adelaide Arcade” (which was investigated for the very first time by the team from Haunting: Australia in 2013) to shine a little bit brighter – there will be a follow up book to “Adelaide” in the future, but the next book in the series will feature Kapunda, with some exclusive never before published ghost stories about Australia’s Most Haunted Town passed on by the locals of Kapunda! 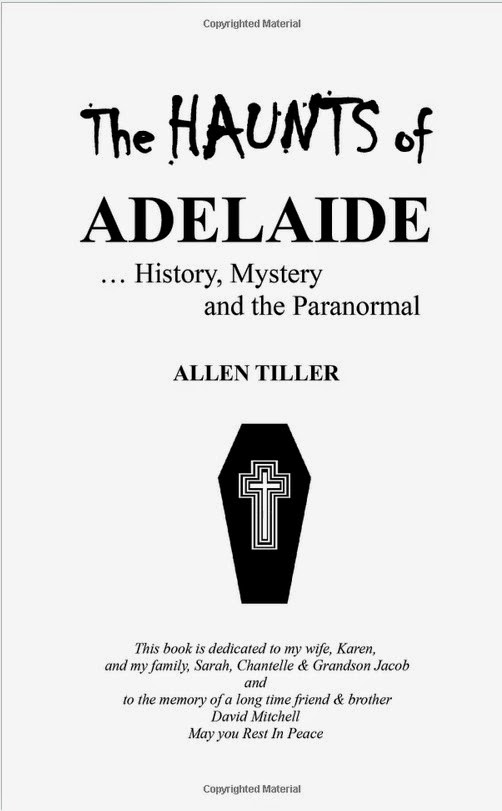 It is my intention to follow in the footsteps of some of my favourite Authors like John Pinkney & Grant Osborn and write multiple books, but the real inspiration behind this series of books goes to two people Russell Smith, who resides right here in Adelaide and wrote the wonderful series of books “Curiosities of South Australia”, and Ghost Hunter; Mr Peter Underwood who has written a huge number of books including the incredibly popular “Ghosts of” series which covered popular, and lesser known hauntings across the United Kingdom and Ireland.