A Ghost in Thebarton


A Ghost in Thebarton 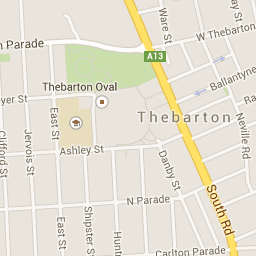 In June 1906 The Register Newspaper of South Australia reported a number of disturbances of ghostly vision seen in the suburb of Thebarton.  The ghost was described as being dressed in a luminous white gown, and having in his hand a coffin like device which displayed a number of Bible scriptures and semi-scriptures.
On Friday the 15th of June 1906, a man called in to the Thebarton Police Station in a state of panic, having just witnessed the ghost.
The victim was riding a bicycle down Henley Beach road, and in his efforts to escape the clutches of the ghost, almost drowned in an invert at the intersection of Henley Beach road and Taylors Road.
On Saturday night a young lady witnessed the same spectre in the street as she made her way home.
The rumour of the ghostly sightings spread very quickly around the region, and many people became afraid to venture outside, so much so, that a circus that was nearby watched its patronage numbers drop considerably as the reported ghostly sightings went up.
As the fear spread, a wave of anger began to sweep through the area’s young men, who took to the street, vowing to find the ghost and teach it a lesson - which would have been an interesting fight if the ghost was indeed a real one!
As citizens tried to rationalise the ghost appearance, a skeptical group arose that stated that the ghost was nothing more than the weak minds of the “victims” creating the phantom – but police soon dismissed this, as the original few reports that had not been made public, had almost identical descriptions of the ghost.
Instead, the police began to undertake a little ghost hunting themselves to try and find the young man they thought was responsible…
The ghost disappeared into the ether, and was never heard of again!
Posted by Allen Tiller at 19:30