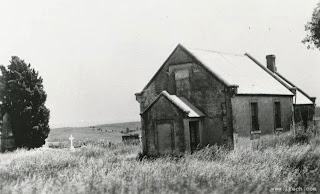 Uleybury was established in the late 1840s by Moses Bendle Garlick. Garlick had migrated to Australia from Gloucestershire England in 1837. Garlick was a weaver and Lay-Preacher.

Uleybury was chosen as the name for the area because the hills in the district reminded Garlick of his home in Cotswold. 'Uley' being Garlicks home village and 'Bury' the term used in that region for a tree-covered hill.

In 1841, Garlick paid 400 pounds to have a small chapel built on an acre of land he had set aside. The Uleybury Baptist Church was the first Baptist Church in South Australia built outside of Adelaide and served the local community for many decades.

In the 1970s, the now-abandoned chapel started to attract teenagers in the area looking for a cheap scare. At that stage, the area had no dwellings nearby and was rather remote, quiet and spooky.  Along with the teenagers came vandalism, and the chapel and many graves in the cemetery were badly vandalised, with many disappearing altogether. 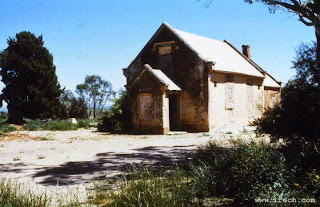 On March 10, 1981, the local council stepped in and demolished the old chapel. The stone walls that now surround the cemetery were built from the stones of the original chapel. A memorial plaque marking the event was placed at the front gate.

The ghost stories of the area were well entrenched by the 1970s.

In 1953, The Bunyip newspaper, in Gawler, printed a story told by Frank Ifould.
In the story Frank tells, there was a worker at the local winery who liked a daily drink. On the days Franks Dad went to town, this worker like to imbibe even more heavily, and to scare the poor guy one night, a friend dressed up in white sheets, waited for the worker, and jumped out and scared the living heck out him!
The story of the ghost eventually spread, and as it spread the story grew, until it started to include horseless headmen and ghastly coaches eerily cruising past the cemetery. From that moment onwards, the crossroads, just a little further up from the cemetery has been known as “Ghost Corner”. 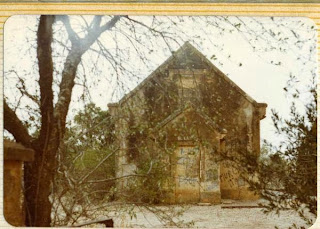 This proves that the alleged haunting of Uley Road Chapel and Cemetery is nothing new.  There are ghost multiple stories now, but some of them are eerily similar to the original story. Today there are stories of a girl in a wedding dress who runs out onto the road screaming, another girl who steps out in front of your car, dressed in white, she screams as your car hits her and disappears into the ether. 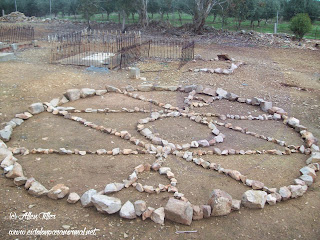 There are stories of shadow people, stone-throwing ghosts, and some local legends of satanic rituals happening in the 1970's – this all ads to the myths and legends to the location of course - which is still a popular place in South Australia to ghost hunt or scare people.

I have visited the cemetery many times, and on a couple of occasions come across some weird behaviours. One of them being giant circles made out of stones in the top left corner of the cemetery – the photos below were taken in 2010 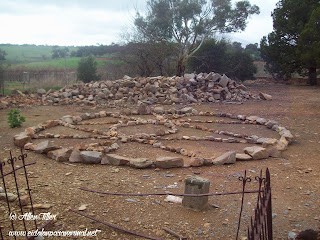 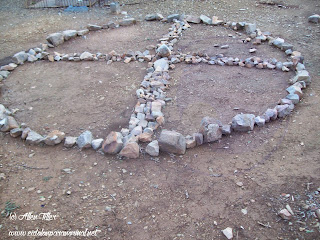