Ghosts of the Barossa: The Ghost Dogs of Moculta

The Ghost Dogs of Moculta 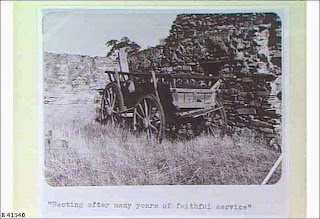 In the late 1800s, a young man working in the Barossa Valley as a delivery boy experienced a terrifying event.


While travelling from the Commercial Hotel in Angaston (known as “The Brauhaus” since 1979.) towards Moculta, the young man crossed a small bridge over the North Para River. He slowed down and looked towards an old copper mine shaft on the property of Mr J.B. Bartsch.

From the mine shaft, a drive had been cut to the bottom of the valley, which passed under the bridge he had just travelled over. The young man sat silently on his carriage, staring toward the mine shaft.


Suddenly his horse's ears pricked up and the horses began to snort. They began to rear in fear as loud thumping sounds, grunting, snarling and the sound of metal upon rock filled the gully air.


Out of nowhere, in broad daylight, two large dogs appeared. Both dogs had blazing red eyes and attached to their collars, large chains that whipped from side to side as they jumped up towards the cart. The dogs barked ferociously, snarling and gnashing their frothing mouths at the horses.


The young man, caught in a daze of disbelief, suddenly sprang into action and whipped at his horses to move forward. As they did, the dogs jumped on to the almost empty delivery cart, which suddenly slowed down to a crawl as the horses struggled with the extra, supernatural weight of the dogs.
. 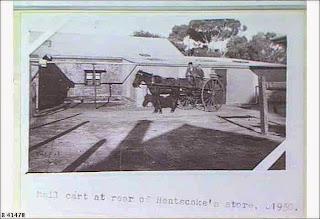 The dogs, still making maddening noises, the chains still clinking as they whipped about, suddenly leapt off the cart, which took off with a jolt, as the extra weight lifted from it.


The young man whipped the horses to travel as far as he could from the bridge back to his home in Moculta. Panicking, adrenaline coursing through his veins, fear-filled his entire being.

He had no explanation for his experience and remained unsure if the dogs were indeed ghosts, or mighty beasts that had broken their chains and become feral – either way, he found another route for his deliveries after his experience.

Have you experienced the ghost dogs of Moculta in the Barossa Valley? Let us know via the forums on Facebook.