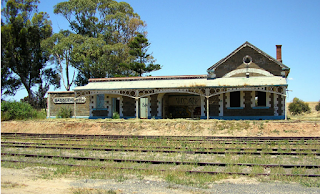 Saddleworth Ghost Train:
Many years ago, the Saddleworth train station was a busy railway facility in the mid-north of South Australia. A transport hub for wheat and other grain to travel by train interstate, or to Port for international shipments.
As time went by, the Station saw less and trains stopping, and eventually, the station became abandoned. It stood abandoned for many many years, visited only by graffiti vandals, Trainspotters...and a resident ghost. 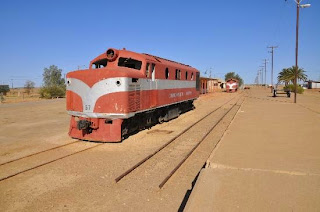 Many people reported seeing strange glowing lights coming from the old station. They seemed to emanate from within the building, but upon closer inspection by witnesses, they would vanish into thin air. With no living soul present, in the building upon inspection, one has to wonder what the lights were – unfortunately, in 2011, the local government took it upon themselves to allow the demolition of the train station... the station now a memory, as are its ghosts.


Hawker Ghost Train:
At Hawker, about 365 km's north of Adelaide, people report hearing the blare of an old train horn, and the clicking of tracks as an invisible train flies by...the really strange thing is, the tracks were pulled up years ago! 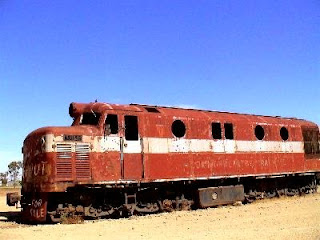 It has long been reported that the train station is haunted, with people hearing phantom footsteps that shadow their own. A man, possibly a train driver, is sometimes seen in one of the old trains, that sit rusting in the harsh environment.

Have you visited any of these locations and seen a ghost...please visit us on Facebook and tell us your story!